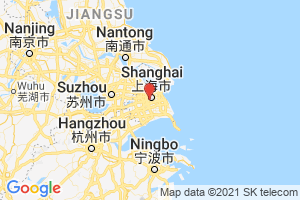 Shanghai in the heyday of the 1930s was perhaps the most exotic, controversial and colourful city on the planet. With its art deco dance halls, jazz tunes, gangsters and good-time girls, ‘The ‘Paris of Asia’ was a town that held visitors in its thrall, and which captured imaginations all over the world, inspiring songs, books and movies.

A former gangster base that supposedly once trafficked up to 40 percent of the world’s opium, what is now The Mansion Hotel was once the home to Green Gang mob boss Du “Big Ears’’ Yuesheng, by all accounts a man of considerable taste and style despite his day job. Du had a penchant for lavish parties and hosted regular performances by cross-dressing Peking Opera singer Mei Langfang.

The villa was a gift to Du from his chief financial controller, Jin Ting Sun. Du had shortly before assumed control of the Green Gang, uniting warring factions behind a common cause: making more money.

Du forged key connections – not least with Chiang Kai-shek. With Du's help, the Kuomintang routed the Communists from Shanghai in 1927. By the early 1930s Du was one of the wealthiest men in Shanghai with business interests that stretched way beyond opium trafficking. He invested in banking, textiles, real estate and the railroads. He even had his own bank, the Chung Wai Bank. He was also very superstitious, and reputedly wore a monkey head, which hung from the back of his collar.

He came from humble origins as son of a sweet potato vendor, starting his life of crime as a policeman collecting protection money from local opium traders. As the head of the gang that controlled Shanghai's opium trade he reportedly funneled over $20 million a year to French authorities who allowed him to run his operation in the French Concession.

The city at its swinging zenith boasted fine restaurants, exquisite craft shops, back street opium dens, gambling parlors, smoky jazz clubs with black American musicians, and brothels with names like "Galaxy of the Beauties" and "Happiness Concentrated." It also had casinos, greyhound and horse racing tracks, scores of nightclubs and several hundred ballrooms. The French licensed prostitution and opium smoking.

“Shanghai had a veneer of foreign sophistication in the '30s," journalist Paul French wrote, "when Noel Coward sat in the Cathay Hotel writing Private Lives and partying with Douglas Fairbanks and Charlie Chaplin at Victor Sassoon's mixed-sex fancy dress parties. The city was then the world's third largest financial center, rich and exotic, and London and New York were a long way away.’’

Nightlife consisted chiefly of Chinese cabarets and dance halls, where Du and his colourful gangster cronies like ‘Pockmarked’ Huang Jinrong could be found when not holding court at the villa.

Victor Sassoon was another Jazz Age legend in Shanghai; a Jewish businessman of British descent from Baghdad who made millions trading opium, real estate and racing horses, and famously stated: “There is only one race greater than the Jews and that's the Derby." His most famous possession was the Cathay Hotel, where the rich and famous wined and dined and Noel Coward holed up to write.

The warlord General "Dog Meat" Zhang Zong-chang controlled Shanghai until he was ousted by Chiang Kai-shek. Zhang reportedly had an enormous appetite for life, food and love, once booking an entire brothel for himself,. He was also partial to eating the meat of black chow dogs, hence his name.

The world may never see the likes of Old Shanghai and its cast of characters again, but The Mansion Hotel is the perfect starting place to immerse oneself in the magic , mayhem and fun of this legendary city.